Increased demands on the nation's electrical power systems and incidences of electricity shortages, power quality problems, rolling blackouts, and electricity price spikes have caused many utility customers to seek other sources of high-quality, reliable electricity. Distributed Energy Resources (DER), small-scale power generation sources located close to where electricity is used (e.g., a home or business), provide an alternative to or an enhancement of the traditional electric power grid. 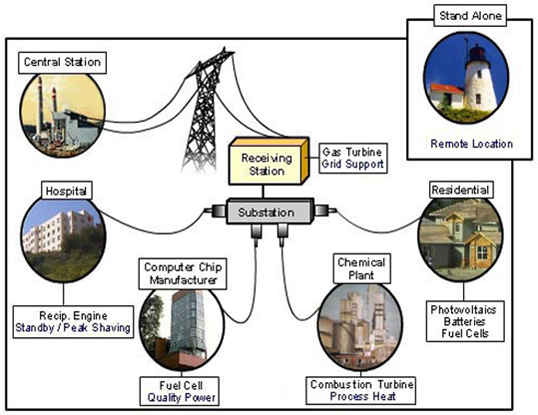 Distributed energy resources (DER) are electric generation units (typically in the range of 3 kW to 50 MW) located within the electric distribution system at or near the end user. They are parallel to the electric utility or stand-alone units. DER have been available for many years, and are known by different names such as generators, back-up generators, or on-site power systems. Within the electric industry the terms that have been used include distributed generation (DG), distributed power (DP), and DER. Note that the use of "DER" in this Resource Page refers to the broadest range of technologies that can provide power to the user outside of the grid, and includes demand-side measures.

Distributed Energy Resources—Any technology that is included in DG and DP as well as demand-side measures. Under this configuration, power can be sold back to the grid where permitted by regulation.

B. Types of DER Technologies

DER technologies consist primarily of energy generation and storage systems placed at or near the point of use. Distributed energy encompasses a range of technologies including fuel cells, microturbines, reciprocating engines, load reduction, and other energy management technologies. DER also involves power electronic interfaces, as well as communications and control devices for efficient dispatch and operation of single generating units, multiple system packages, and aggregated blocks of power.

The primary fuel for many distributed generation systems is natural gas, but hydrogen may well play an important role in the future. Renewable energy technologies—such as solar electricity, biomass power, and wind turbines—are also popular.

The following table from the California Distributed Energy Resources Guide provides information regarding DER technologies that are commercially available as well as those still undergoing development. Some of the technologies are listed in both categories because they are currently commercially available but are also undergoing a significant level of further research and development.

Some of the primary applications for DER include: 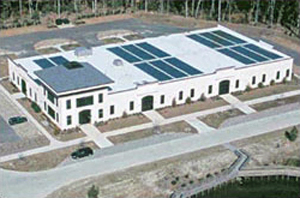 Fig. 2: This photovoltaic installation, located in a showcase eco-industrial park, will prevent more than 6,000 tons of pollutants from being released into the air over its lifetime. Cape Charles Sustainable Technology Park—Cape Charles, Virginia
Image courtesy of PowerLight Corp.

E. Getting Started with DER

It is important to thoroughly understand the relevant issues related to DER before installing any DER technology/equipment. The following general steps will help one get started with DER:

The following table from the California Distributed Energy Resources Guide summarizes the types of questions that need to be answered when purchasing DER equipment that will meet the energy requirements at an acceptable cost.

Cost is an important factor when considering the purchase of any product, including a DER technology. However, determining the cost of a DER technology is often more complex than simply purchasing a piece of hardware at a published price. In addition to equipment (or capital) cost, there are labor and other expenses related to installing the equipment. The cost of electricity produced by the DER technology can also be estimated and compared to the price currently being paid for electricity from the power grid. 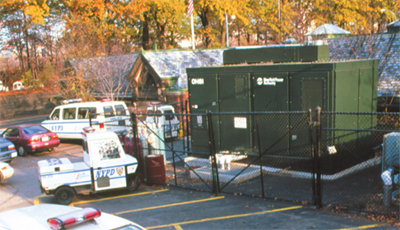 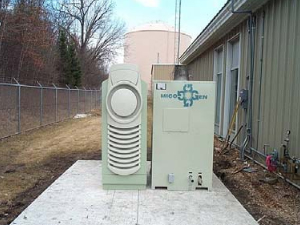 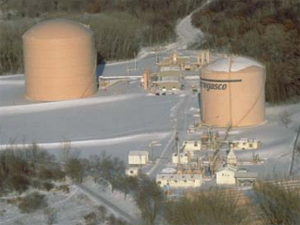 Microturbines are used at a natural gas distribution company for power and space heating and cooling.
Image courtesy of Capstone