One of the most promising renewable energy technologies is photovoltaics. Photovoltaics (PV) is a truly elegant means of producing electricity on site, directly from the sun, without concern for energy supply or environmental harm. These solid-state devices simply make electricity out of sunlight, silently with no maintenance, no pollution, and no depletion of materials.

There is a growing consensus that distributed photovoltaic systems that provide electricity at the point of use will be the first to reach widespread commercialization. Chief among these distributed applications are PV power systems for individual buildings.

Interest in the building integration of photovoltaics, where the PV elements actually become an integral part of the building, often serving as the exterior weather skin, is growing worldwide. PV specialists and innovative designers in Europe, Japan, and the U.S. are now exploring creative ways of incorporating solar electricity into their work. A whole new vernacular of Solar Electric Architecture is beginning to emerge. 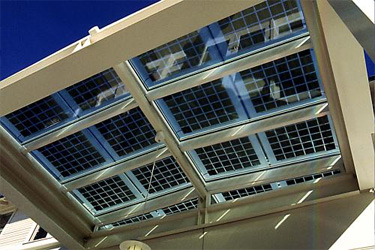 A Building Integrated Photovoltaics (BIPV) system consists of integrating photovoltaics modules into the building envelope, such as the roof or the facade. By simultaneously serving as building envelope material and power generator, BIPV systems can provide savings in materials and electricity costs, reduce use of fossil fuels and emission of ozone depleting gases, and add architectural interest to the building.

While the majority of BIPV systems are interfaced with the available utility grid, BIPV may also be used in stand-alone, off-grid systems. One of the benefits of grid-tied BIPV systems is that, with a cooperative utility policy, the storage system is essentially free. It is also 100% efficient and unlimited in capacity. Both the building owner and the utility benefit with grid-tied BIPV. The on-site production of solar electricity is typically greatest at or near the time of a building's and the utility's peak loads. The solar contribution reduces energy costs for the building owner while the exported solar electricity helps support the utility grid during the time of its greatest demand.

There are two basic commercial PV module technologies available on the market today:

A photovoltaic system is constructed by assembling a number of individual collectors called modules electrically and mechanically into an array.

Building Integrated Photovoltaics (BIPV) is the integration of photovoltaics (PV) into the building envelope. The PV modules serve the dual function of building skin—replacing conventional building envelope materials—and power generator. By avoiding the cost of conventional materials, the incremental cost of photovoltaics is reduced and its life-cycle cost is improved. That is, BIPV systems often have lower overall costs than PV systems requiring separate, dedicated, mounting systems. 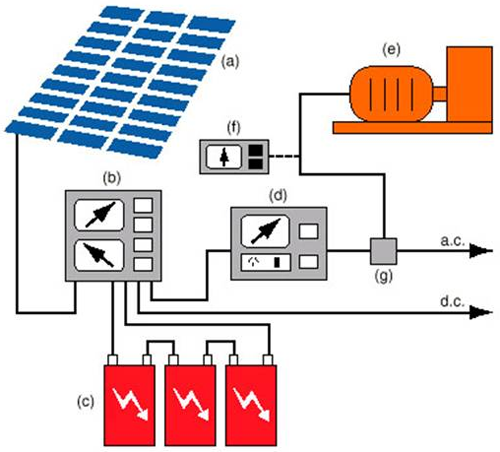 BIPV systems can either be interfaced with the available utility grid or they may be designed as stand-alone, off-grid systems. The benefits of power production at the point of use include savings to the utility in the losses associated with transmission and distribution (known as 'grid support'), and savings to the consumer through lower electric bills because of peak shaving (matching peak production with periods of peak demand). Moreover, buildings that produce power using renewable energy sources reduce the demands on traditional utility generators, often reducing the overall emissions of climate-change gasses.

BIPV systems should be approached to where energy conscious design techniques have been employed, and equipment and systems have been carefully selected and specified. They should be viewed in terms of life-cycle cost, and not just initial, first-cost because the overall cost may be reduced by the avoided costs of the building materials and labor they replace. Design considerations for BIPV systems must include the building's use and electrical loads, its location and orientation, the appropriate building and safety codes, and the relevant utility issues and costs.

Steps in designing a BIPV system include:

In addition, BIPV systems can be designed to blend with traditional building materials and designs, or they may be used to create a high-technology, future-oriented appearance. Semi-transparent arrays of spaced crystalline cells can provide diffuse, interior natural lighting. High profile systems can also signal a desire on the part of the owner to provide an environmentally conscious work environment.

Photovoltaics may be integrated into many different assemblies within a building envelope: 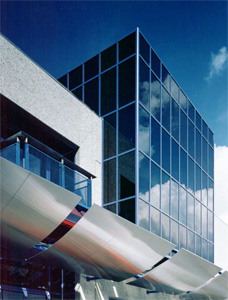 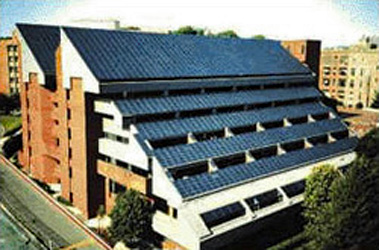 Applicable to all building types.