by the WBDG Aesthetics Subcommittee

The broad obligations and opportunities of architecture were summarized by the ancient Roman architect Vitruvius in the prescription that buildings should provide Commodity, Firmness and Delight. Commodity addresses the spatial and functional utility of a building. Firmness addresses the building's ability to resist natural forces, starting with gravity. Delight relates to the sensory and associative pleasures buildings can provide—their meaning.

When the forms of architecture were limited by materials and construction methods, aesthetic principles were narrowly defined by the successors to Vitruvius. In the modern era, many more forms are possible, and the selection or invention of those forms can give a much wider range of meaning.

Choosing traditional forms is, of course, possible and can follow, or violate the principles of the many styles of architecture which followed Roman classicism. Selection of such a style shows an intention of continuity with the life and buildings of the period selected, and misinterpretation of principles can be seen as exercising bad taste.

Modern architecture proposed a break with stylistic traditions, and invented what have become new ones—some derived from precedent movements like the Bauhaus, others from the work of influential architects like Frank Lloyd Wright, le Corbusier and Mies van der Rohe. Others found possibilities in vernacular architecture, construction methods, or abstract, new forms.

The selection of specific forms conveys meaning to us, whatever choice is made. A glass building can, for example, mean transparency and honesty, while an opaque building means privacy and concealment. Tall buildings have always been expressions of power; colorful buildings can mean levity and whimsy. The building's activities can be shown or concealed, as can the means by which the building operates, like structure and mechanical systems.

New developments in architectural tools including sustainable design, the emergence of building science, and building information modeling (BIM) all lead to new insights in the design and construction processes with aesthetics often revisited. As necessity is the origin of invention, scarcity can also inspire. With a lack of quality large timbers for framing, coupled with rising costs for steel and concrete, new production techniques developed around laminating timbers together in large plates. The cross-laminated timber (CLT) framing system as it is known increased in both popularity and acceptance as an alternative to traditional methods of construction. The impact on aesthetics can be seen in the large expanse and planes of wood layers that convey strength and delight.

Today's variety of expression can be seen in these four examples of federal building projects. 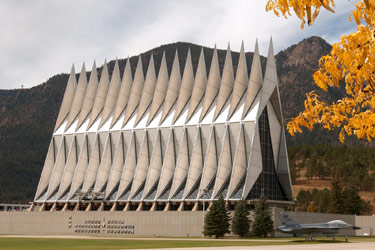 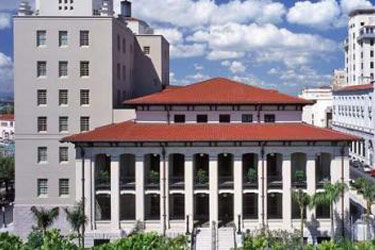 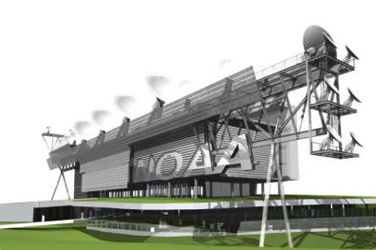 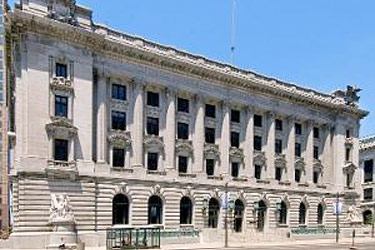 Contemporary culture advocates diversity of styles, even in cases of historic preservation. It also encourages the development of new architectural languages. In response to this openness, designers agree that aesthetically successful architecture comes from an integrated approach. By correctly formulating a project's purpose, seeking inspiration in programmatic requirements, and engaging in team-wide design reviews, an architect most effectively arrives at a solution that is as delightful as it is cost-effective, secure/safe, sustainable, accessible, and functional/operational. In much of contemporary architecture, the notion of expressive exteriors becomes tempered by new materials such as: high performing glass that conveys literal openness in an age of digital communication via the Internet or alternative roofing technologies that can extend the livable areas to the top of buildings proving a green space that can hold storm water and offer new amenities.

Returning to Vitruvius, one can conclude that his three standards of architecture reinforce one another. Good architecture achieves useful, humane, and economical results, and a building expresses those qualities regardless of style.

A fully integrated building promises to be durable in way that Vitruvius may not have envisioned: It will inspire a community to find ways to use it even when the original program is no longer relevant.

With an eye to integration, an architect makes aesthetic decisions in full collaboration with the client, building users, other consultants, and the public. Therefore it is important for the client and building users to be well informed about the possibilities of architecture. They can assist the design team in conceiving a building that meets the most needs.

One way to become acquainted with the possibilities of an architectural commission is to study a number of buildings of the same type. In addition, this branch of the WBDG will help those not familiar with architectural design terminology to understand the basic process, techniques, and language by which architectural concepts become reality.

The design awards programs of professional societies, the federal government, and industry trade associations offer additional insight into aesthetic values at a given time in history. For more information see Design Awards.

The work of many building professionals impact aesthetics decisions. These include architects, landscape architects, interior designers, lighting designers, and engineers. In part to help define the boundaries of professional and aesthetic responsibility, each of these professions is represented by a national trade association. In most cases, the trade association or organization publishes industry guidelines about the legal, ethical, and aesthetics role of their members in the building design process.

Samples of Great Buildings and Architecture