by the Fuel Cell and Hydrogen Energy Association

Building a more sustainable energy infrastructure requires a variety of changes to the way we generate and use energy. By and large, this change is taking place as electricity providers diversify their generation technologies and consumers decrease demand through improved efficiency. The adoption of more distributed power in the name of resiliency is also a sustainable practice, recognized across growing portions of the county as a way to shore up an aging grid, improve energy availability, and increase generation efficiency.

As populations continue to grow, the amount of waste produced also increases; 61 percent of energy is wasted by the U.S. economy each year, and most of it can be attributed to our relatively inefficient power plants.1 Fuel cells are capable of reducing waste to increase efficiency and produce marketable energy. Processed municipal waste produces anaerobic digested gas, commonly known as biogas, which can be used as a fuel for fuel cells cell fuel. While hydrogen is the most common fuel type for fuel cells, biogas such as methane, natural gas, propane and diesel can be used as well. Biogas is an ideal option for fuel cells because it is easily stored and produces almost zero net carbon dioxide emissions. When biogas is fed into fuel cells, heat, electricity, and water are produced,2 providing on-site power for the facility. Some fuel cells are efficient enough to create excess hydrogen that can be sold to fuel cell stations and be utilized by fuel cell electric vehicles (FCEV).

The Orange County wastewater treatment plant in Fountain Valley is an example of a facility using anaerobically digested biogas from the plant as the fuel for a fuel cell. This fuel cell is a combined heat, hydrogen and power (CHHP) system that supplies the world's first tri-generation hydrogen energy and electrical power station that provides transportation fuel to the public and electric power and industrial heat to the wastewater treatment facility.3 Excess hydrogen produced from the CHHP system has the ability to support between 25 and 50 FCEV fills per day, as well as provide approximately 250 kW of power for use by the wastewater treatment plant with an almost zero carbon footprint.4

Municipal waste plants are not the only source for biogas; waste streams from food and beverage processing plants as well as crop farms and animal feed facilities also have the capability of processing biogas. As of 2011, 40,000 anaerobic digester facilities could be modified to eliminate a carbon footprint comparable to 128 million cars.5 Given the current technological and economic conditions, the potential to utilize waste-to-energy (WTE) plants to alleviate environmental issues associated with municipal waste is great. Reports from the USDA and NRDC propose that 1.2 billion dry tons of biomass could be available for energy use by 2050.6, 7 This biomass can be used by fuel cell technology to generate continuous energy that can provide resilient and reliable power when facing grid insecurity.

One example of a company using WTE fuel cell plants to efficiently dispose of waste is Gills Onions, the largest onion processor in the United States. Gills Onions installed two sub-megawatt fuel cell power plants which use anaerobically digested gas to provide 100 percent of the base-load power needed for the onion processing plant.8 Heat produced by the power plants is then used to help process the onion waste in the anaerobic digester.9

Fuel cells have a high efficiency and capacity factor that can be beneficial when supplemented with other variable renewable energy sources. Capacity factor is defined as the average power output divided by its maximum power output. One type of fuel cell, the combined heat and power (CHP) unit, is the most effective in reaching a high capacity factor due to its ability to generate heat as well as electricity. The heat produced by CHP units can be used to heat water and buildings, making the overall efficiency of the system around 80–95%.10 CHP units that are used for residential purposes are called micro-CHP, and have strong support in countries like Japan and Germany. Delta-ee, a consulting firm who provides insight into emerging decentralized energy markets, has announced that sales of fuel cell micro-CHP have actually overtaken conventional micro-CHP boilers worldwide.11 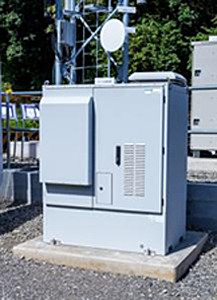 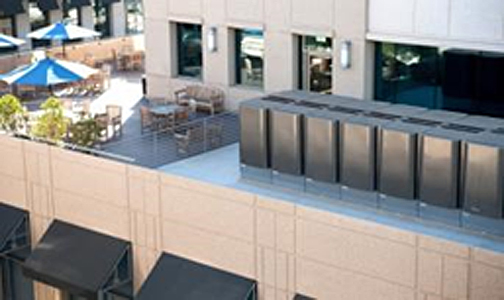 Solar is one of the most abundant renewable resources, but only has a 44% efficiency rating.12 Both wind and solar are widely used throughout the world, but can only operate around 20–40% of the time due to the dependence on the amount of wind and sunlight available.13 Fuel cells have the ability to operate around 97% of the time,14 and can be an excellent supplement to variable renewable energy sources.

At this time wind power is the cheapest renewable costing about 7 cents per kilowatt-hour (kWh), with solar costing 20–30 cents per kWh.15 These variable renewable energy sources may be cheaper and more abundant, but the generated power does not always occur during peak hours. Without the proper infrastructure, excess power cannot be properly stored, leaving the power wasted. A solution to this problem would be renewable cogeneration, which uses excess wind and solar energy for water electrolysis to produce hydrogen which can be stored. To properly store hydrogen, an electrolysis plant, hydrogen compressors, or liquifiers, and storage tanks are needed. Hydrogen is a high density fuel compared to batteries, and can be used for both portable and stationary fuel cells.

A project called MYRTE, located on the French island of Corsica in the Mediterranean Sea, combines solar power with electrolyzers, hydrogen storage, and fuel cells. The CEA (the French Nuclear and Alternative Energies Commission) collaborated with energy company AREVA and the University of Corsica to create a system that stores excess solar energy in the form of hydrogen, which can then be used by fuel cells to provide renewable energy day and night.16

In Prenzlau, Germany, a wind-hydrogen hybrid power plant, 2G Energy, converts excess electricity from a wind farm into hydrogen, which is stored in a metal hydride system, and piped to the Berlin Brandenburg airport. The airport is the first to incorporate cogeneration hydrogen into their TOTAL and Linde refueling station for airport and public fuel cell electric vehicles.17

Individual fuel cells produce relatively small amounts of electricity, but when stacked or placed in series, the voltage increases. Maintenance of individual units rather than whole installations will increase the fuel cell capacity factor and lessen the cost of fuel cell power per kilowatt-hour (kwh).

Fuel cell installations are relatively small compared to wind and solar energy. Four FuelCell Energy power plants that total 11.2 MW occupy about an acre of land.18 In comparison, wind power needs an average of 17 acres of land to produce one megawatt of electricity.19 Wind turbines require more land partly due to the risk of killing birds during wind generation.20 A study by the National Renewable Energy Laboratory found 6.38 acres per megawatt to be the average capacity-based area requirement or number of acres of PV panels required to generate 1 megawatt (MW) of electricity.21 Certain renewables require more land than others which impacts the ability for communities to develop and meet the diverse needs of communities.

Fuel cells can provide emission reductions over central generation and distributed technologies. Unlike traditional power generation, fuel cell technology uses an electrochemical process to create electricity, rather than combustion. This method of power generation greatly reduces the release of harmful emissions such as CO2, NOx, SOx, and particulate matter.22 Fuel cell power plants produce less than one ounce of pollution per 1,000kWh of electricity produced, which stands in comparison to the 25 pounds of pollutants created by plants using conventional combustion generating technologies.23

The ability for fuel cells to function as an energy storage medium expands the power generation ability for renewable energy sources. Stability in power generation increases the capacity factor for renewable energy while reducing dependence on traditional energy sources. Additionally, the use of CHP units can produce excess hydrogen which can be utilized by other fuel cell electric vehicles or stations.

Continued greenhouse gas emissions will cause further changes in the climate system. Effective solutions in limiting climate change will require substantial reductions in emissions and investment into renewable energy technology and infrastructure.26 Fuel cells have a wide range of applications and can significantly decrease carbon emissions. With the proper infrastructure, an integration of fuel cells with other renewable energy sources will provide clean energy stability while limiting climate change.

Additional information on codes and standards for hydrogen and fuel cells are available below.

Given the large number of hydrogen and fuel cell organizations, performing further research on a particular state is recommended. Resources for certain states are provided below: