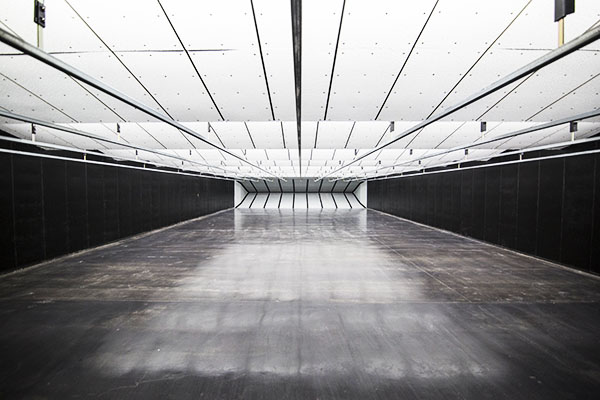 The four main considerations for indoor ranges are shooter needs, type of shooting activity, number of firing points, and number of users. The design, operation, and maintenance of indoor Firing Ranges also require consideration of a number of safety and health factors. For example, ammunitions contain explosives and other hazardous components, such as lead. Adequate volume and direction of air movement are necessary to avoid inhalation of health hazardous lead fumes and dust and carbon monoxide released during firing. In addition, metal fragments from spent bullets must be controlled to avoid ricochets in the direction of shooters. Acoustical controls must be installed to protect firing range employees and users from hearing loss due to hazardous noise levels created by discharging weapons. Typical features of firing range space types include the list of applicable design objectives elements as outlined below. For a complete list and definitions of the design objectives within the context of whole building design, click on the titles below. 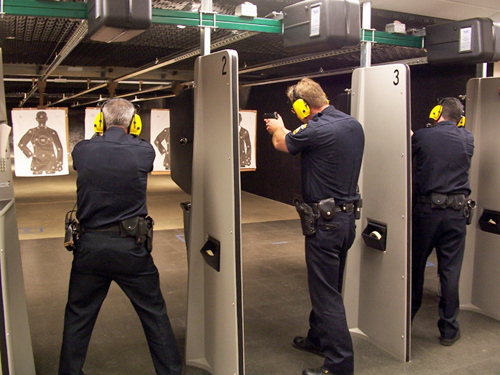 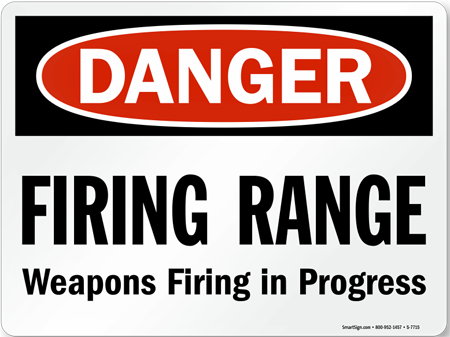 The following diagrams are representative of typical tenant plans. 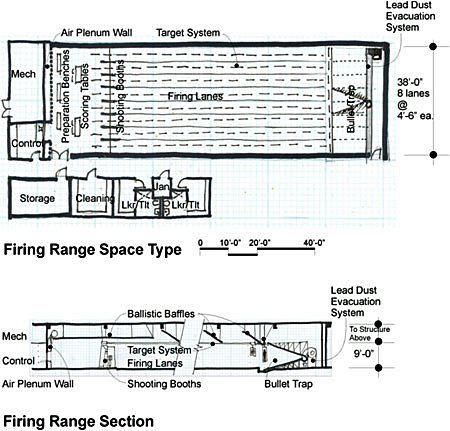 For GSA, the unit costs for firing range space types are based on the construction quality and design features in the following table . This information is based on GSA's benchmark interpretation and could be different for other owners.