Even before guests began occupying the new guestroom tower of the hotel in Honolulu in 1996, pink spots of mold were visible behind vinyl wallcover and a strong mold odor was present in rooms and corridors.

After extensive investigation by architects, engineers and mycologists (fungal experts), it was discovered that the heating, ventilating, and air-conditioning (HVAC) system had not been designed and constructed to maintain proper moisture conditions in the building, allowing extensive mold growth on furnishings as well as inside wall cavities.

So, only a few years after opening its doors, the hotel underwent a major overhaul. Over 40,000 square feet of gypsum wallboard was removed and replaced in the newly constructed guestrooms. Three hundred HVAC systems were replaced in the guestrooms. Ultimately, repairs and other associated costs exceeded $6 million. If the HVAC system had been properly designed and constructed, these problems would have been avoided. 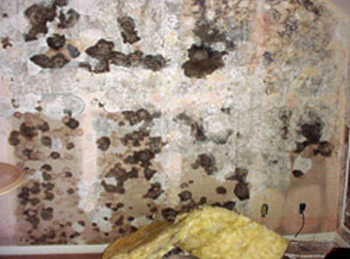 Figure 1. Although brand new, the rooms in this hotel required extensive renovation to remediate mold problems. Moisture intrusion through the HVAC system was the culprit, and in the end, the problem required more than $6 million to repair.

To avoid the types of problems seen at the Honolulu hotel, HVAC systems in buildings in humid climates must do several things to maintain humidity control. The HVAC system must properly condition the building's interior, including the building envelope, and pressurize the building with dehumidified air (called exfiltration). When negative building pressurization occurs in humid climates, the result can be multimillion-dollar moisture and mold problems from intrusion and condensation of moist outside air. The Florida Solar Energy Center (FSEC) has found that building pressures as low as +1 pascal (Pa) relative to outside conditions are sufficient to prevent outside air infiltration problems. On the other hand, even a slightly depressurized building (-1 Pa relative to normal outside conditions) in hot, humid climates can develop devastating moisture and microbial growth problems when the building envelope traps this moisture.

HVAC systems that positively pressurize a building space by supplying unconditioned or only partially conditioned outside air will avoid infiltration of outside air through the building envelope. However, this same situation can result in moisture loads inside the building that exceed the dehumidification capabilities of the HVAC system. One of the most significant causes of moisture accumulation in existing buildings in hot, humid climates is an overemphasis on ventilation at the expense of proper dehumidification.

HVAC equipment is typically more efficient in cooling air than in dehumidifying it. As a result, outside air brought into a building may be cooled to the desired temperature before it is properly dehumidified, creating elevated relative humidity levels and microbial growth inside the building. Furthermore, because HVAC equipment is typically controlled by temperature (thermostat) instead of humidity (humidistat), the equipment never senses the elevated moisture level within the building space and, therefore, never fully removes it.

Where are these HVAC related moisture problems likely to occur? Industry experience with building failures suggests the need for a definition of humid climates that more clearly identifies the geography where problem buildings are more likely to be found and better explains why these problems occur at all. The following the definition is based on observations about latent and sensible load:

The latent cooling load is the energy required to remove moisture from the air; the sensible cooling load is the energy required to cool the air. Infiltration of air into a building with a high latent load (high moisture load) will cause moisture to accumulate in building materials such as gypsum wallboard, with subsequent material degradation and mold growth. This infiltration may also exceed the ability of the HVAC system to remove moisture from the supply air. On any given day in many temperate areas, the latent load may be greater than the sensible load without causing problems; however, when these conditions persist for a longer period (a month, for example), the resulting moisture accumulation is sufficient to cause moisture-related building failure.

The occurrence of a high latent load during the cooling season is a critical factor in building failure. Thus, defining hot, humid climates in terms of the relationship of sensible to latent load in ambient air includes most parts of the United States that are highly susceptible to moisture-related building failures.

Comparing the latent and sensible loads for several major cities in different geographic regions (Peart and Cook, 1994) helps illustrate the new definition. Figure 2 (ABC) shows the monthly average latent and sensible loads from outside air for Orlando, Florida; Atlanta, Georgia; and Columbus, Ohio. During the cooling season in Orlando (Figure 2A), the latent load far exceeds the sensible load of outside air. The effect of these conditions, which occur for more than half a year, is that any outside air drawn into the building envelope or occupied space will likely cause moisture accumulation and microbial growth problems. Furthermore, since this outside air is used for ventilating the building's occupied spaces, it presents a huge dehumidification challenge for the makeup air system. Clearly, under these conditions, Orlando is highly susceptible to moisture intrusion problems.

As shown in Figure 2B, Atlanta is much less susceptible to moisture intrusion problems than Orlando because, on an average monthly basis, the difference between sensible and latent load is small, particularly during the peak cooling months.

Standard HVAC systems have a better chance of accounting for the latent load in Atlanta than in Orlando. Nevertheless, the latent load in Atlanta represents enough of a moisture accumulation risk that it belongs within the upper boundary of the humid zone. However, according to ASHRAE's definition of a humid climate, Atlanta is outside the critical zone for humid conditions.

This definition also explains why in certain areas of the country, building commissioning procedures related to humidity control are more critical than in others. For example, if the building exhaust systems are started before the HVAC and makeup air systems, as is typical, huge amounts of moisture may infiltrate into the building, depending on the outdoor conditions.

If improperly designed, constructed, and operated, building mechanical systems are likely to create moisture and mold problems. Therefore, particular attention must be paid to the design, equipment selection, installation, and startup of these systems. The key factors that must be considered by the entire design team in the design of building mechanical systems are as follows:

In hot, humid climates, outside air can carry a large moisture load. If outside air is drawn into the building envelope by negative pressure inside the building, it will travel through the wall system and into the interior space. Because air flow will always follow the path of least resistance, air can be carried down interior walls of a space if the walls are connected to the exterior envelope. As the air flows through the wall system and moves past the cool interior wallboard, the moisture in the air condenses and is deposited in the wall cavity, thus damaging the wallboard. The potential for moisture accumulation not only increases with decreasing interior temperatures but also increases with increased negative pressures (Figure 3).

The following considerations must be addressed to ensure proper building pressurization:

Figure 4. Building pressurization must overcome all forms of possible building depressurization. In cold weather stack effect can exert considerable pressure at the top and bottom of tall buildings-sometimes exerting over one hundred pascals (Pa) pressure differentials across the envelope.

For example, a toilet exhaust system in a building should be viewed as a method of addressing toilet odor and localized moisture only, not as a method of drawing outside air ventilation into a building or of meeting a building's ventilation code requirements. Typically, exhaust systems are designed and installed with exhaust rates exceeding those required to handle odor problems. Ventilation to control problems with air quality degradation should be achieved by designing and installing a makeup air system. Any air that is exhausted from a space must be supplemented with conditioned air from a makeup air supply system (Figure 5). Makeup air should never be supplied (intentionally or unintentionally) by infiltration of outside air.

Figure 5. Achieving positive pressurization requires that interior building partitions do not adversely affect the distribution of air by restricting the flow.

To provide proper dehumidification, an HVAC system must accomplish the following:

To fully dehumidify the air flow across the coil, the cooling coils must be sized properly to meet the both the sensible load and latent load of both outside air and return air. This air must be cooled to a temperature that causes the moisture in the air to condense; this is known as latent heat (or latent energy) removal. Simultaneously, the cooling coil is reducing the sensible temperature of the air to offset the sensible energy generated in the space (lights, solar, people, equipment, etc.). A common temperature for the cooling of this air is between 50°F and 55°F. At this temperature, most HVAC system air flows will be at 100 percent RH (or complete saturation) and will effectively condense moisture from the air. Air provided to a space under these conditions has the best chance of maintaining interior conditions of 75 degrees Fahrenheit dry bulb ( Fdb) and below 60 percent RH.

Methods of reheating include direct or indirect gas-fired heating; hot water heating; hot gas reheating for refrigeration-based units; and for parts of the country that allow it, electric heating.

Energy recovery devices added to the equipment, such as wraparound coils, can also provide a means of reheating. Wraparound coils simply transfer energy from the incoming cooling coil air stream to the exiting cooling coil air stream. These coils are available in a passive refrigeration-based unit or as a water-based system that uses pumps to move the water through the system.

In conventional HVAC systems, two different methods are typically used to dehumidify the air. The first is a cooling-based system that cools the air below its dew point. The moisture condenses on the cooling surface and is removed from the air. For example, a cooling-based system will cool an outside air stream from 95°Fdb (55 percent RH) to 77°Fdb. At 77°Fdb the air is at 100 percent RH and is saturated. If it is cooled below 77°Fdb to a temperature of 55°Fdb, 68 grains of moisture per pound of dry air are condensed out of the air and onto the cooling coil.

One of the best dehumidification strategies is a combination of desiccant and cooling systems, particularly for 100 percent outside air streams such as makeup air systems. Since air exits a cooling-based system at saturation, it only moves to a lower RH once it mixes with the room air and heat is added to it. The desiccant, on the other hand, enters the space with very low RH, and its RH increases to the room's RH level once the two air streams reach equilibrium.

Current and Future Research and Development

The use of dedicated outdoor air systems to condition outside air is becoming industry standard practice. These units use energy recovery features to condition the air in a cost effective manner. More information is available at Dedicated Outside Air Systems.