Approximately 40% of the population lives near the coast. The percentage of people living near any body of water is even greater when you consider inland waterways such as lakes and rivers. Throughout history the fine line between land and water has played a significant role in transportation, commerce, recreation, and even survival. This is where the interface between the land and water becomes important and is what is known as the Waterfront.

Nearly every town or city bordering a body of water has an industrial, commercial, recreational, or residential district called the Waterfront. And the structures along it provide the critical link between terrestrial humans and open waters. This infrastructure is what makes up the backbone of Waterfront Facilities, also known as Marine Facilities, and more generally Ports and Harbors.

Waterfront includes an array of structures and components related to the berthing, mooring, operations, and maintenance of ships and other vessels. It also includes, coastal and shore protection structures that help define and protect ports and harbors. Common waterfront elements are piers, wharves, bulkheads, dry docks, breakwaters, boat ramps, and marinas. Waterfront structures have multiple uses ranging from industrial, to commercial, to military, and recreational.

This building type on the WBDG is dedicated to waterfront (marine) facilities, ports, harbors, coastal structures, and other waterfront elements and components.

There are many types of waterfront facilities and structures with varying uses and functions.

Harbor: A water area that is bounded by natural features or manmade structures or a combination of both. That provides refuge, safe moorings, and protection for vessels during storms or accommodations for such water-to-water or water-to-land activities as resupply, refueling, repairs, or transferring cargo and personnel.

Port: Harbor and/or areas in a harbor with waterfront facilities used to load and unload ships, transfer cargo, or passengers. This includes landside areas adjacent to harbors that support various waterborne activities. 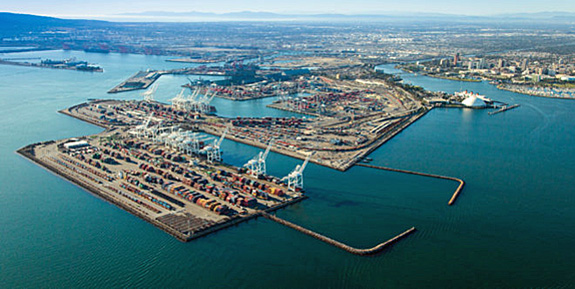 Dock: General structure or place where a ship or vessel can be moored.

Pier: A structure that projects out from the shore into the water and is oriented either perpendicular to or at an angle with the shore. It may be used on both sides, but sometimes only one. 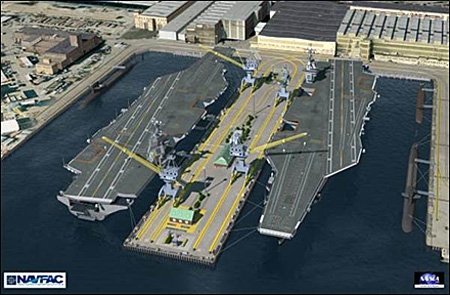 Wharf: A structure similar to a pier, but is oriented approximately parallel to the shore. A marginal wharf is located along the edge of a shore and ships can only be moored at the offshore face. A wharf may also be located away from the shore and connected to the shore by one or more trestles. 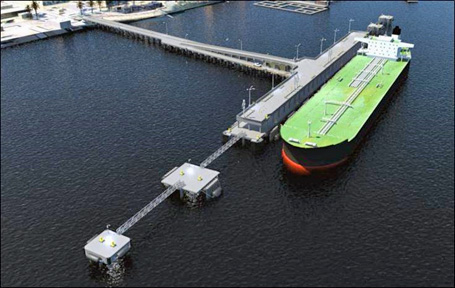 Dry Dock: A specialized facility used for the repair of ships where the vessel is removed from the water or placed within a lock and the water is removed leaving the ship in the dry to facilitate repairs. 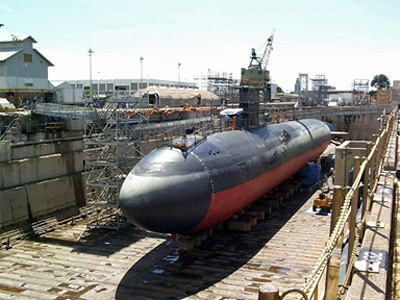 Bulkhead: A retaining structure along a waterfront that provides a vertical face for mooring vessels.

Quay wall: A structure built parallel to a shoreline similar to a marginal wharf that also serves as a soil-retaining structure.

Breakwater: A manmade structure that protects a shore area or harbor by breaking up or reducing waves.

Jetty: A waterfront coastal protection structure that extends into a body of water to influence waves, currents, or sedimentation in order to protect a shoreline or channel.

Seawall: A waterfront coastal protection structure built along a portion of a shoreline to prevent erosion and other damage by wave action.