Is beauty really in the eye of the beholder? What may be an attractive style to a retired teacher in Omaha may be unsightly to a graduate student in Manhattan. While one may prefer ornamentation and oak, the other may like chrome and concrete. While one may choose to live on a tree-lined street in the suburbs, the other may want the vitality of a downtown loft. Yet, despite the diversity of our desires, there is some agreement regarding underlying patterns of development. There are indeed places and buildings most people would agree are quite attractive: the townhomes of Boston's Beacon Hill, the storefront shops in Cleveland's Shaker Heights, and the charming Victorian homes ringing San Francisco's Alamo Square to name just three. But what is standing in the way of similar developments today? How can we learn from these memorable places in a way that responds to today's design and construction challenges? 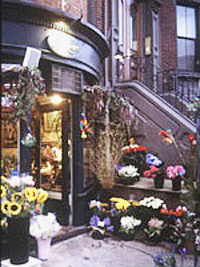 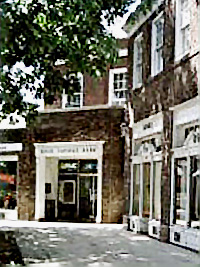 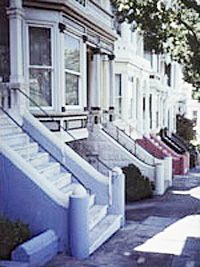 A. Roadblocks to Aesthetic Design

The United States is blessed with a beautiful natural environment and a long list of attractive cities and suburbs, buildings, and public spaces. But these places are in danger of being overwhelmed by rampant suburban sprawl and unsightly architecture. Charming rural roads now found throughout the country are turning into clogged 'arterials' lined with underused parking lots and generic strip malls. Rolling fields are being enveloped by a tidal wave of tract homes and apartment complexes. Historic buildings are being cleared to make way for yet another drug store.

Why, despite a long history of creating remarkable places and remarkable buildings, are these unsettling changes occurring? If you have kept up with the latest debates in planning and architecture, you may think you know the answer: suburban sprawl. Architects now recognize that buildings do not exist in a vacuum. Buildings and landscapes are the thread of our built fabric. These buildings can be used to create memorable places or they can be used to further sprawl. Sprawl can be measured in four simple ways:

Anywhere USA: Where many Americans work, shop, and live.

The disappearance of detail on this anonymous architecture is a significant issue that traces its roots back to the modern movement in architectural theory. Architect Adolf Loos even argued that decoration on buildings was a crime. Modernist architects adopted Louis Sullivan's dictum that form follows function. As the modernist architects claims' to authority increased, the role of the user decreased, exemplified by the brutalist architecture of the 1960s and 1970s. After all, as Jan Michl notes, since forms were believed to be intrinsic to functional solutions, there was no serious reason to consider the form-related preferences of clients. And Roger Scruton suggests that the aesthetic attitude may be connected only peripherally with the art of building. He believes that aesthetic requirements may simply be a minor irritation in the practice of the architect. Indeed, after making architecture accessible, sustainable, durable, cost-effective, safe, and productive, there may be little energy left to address the potential morass of aesthetics.

But suburban sprawl and anonymous architecture are just symptoms. The real sickness is an inability to communicate and act on our collective dreams and desires for better places to live, work, and play. Oddly enough, our grandparents were not afflicted with this damaging disease. After all, they built the places many of us love, from the town square in Medina, Ohio to the tree-lined streets of Chico, California. 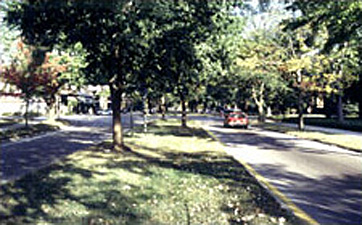 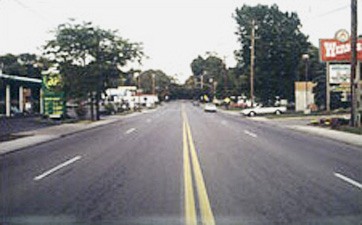 The same street in Mariemont, Ohio. What went wrong?

Over the last 60 years, however, the common language that was used to build these wonderful places has been willfully ignored. And without a shared language for development, chaos reigns supreme. Like the people of Babal, we have been dispersed into a thousand factions speaking individual and incoherent languages. Developers talk about 'return on investment' and 'value engineering'. Real estate agents talk about 'resale value' and 'curb appeal.' Bankers talk about 'balloon payments' and 'interest rates.' Transportation engineers talk about 'vehicle trips per day' and 'capacity per hour.' Planners talk about 'land use zones' and 'floor-to-area-ratios.' Architects talk about 'deconstruction' and 'charrettes.' Owners talk about 'deferred maintenance' and 'mission requirements.' And politicians talk about 're-election' and 'quality of life.' Unfortunately, experts rarely talk in understandable terms. Moreover, the concepts their terms represent could pose serious aesthetic challenges to today's architects. Simple phrases, and the concepts such phrases represent, like town square and shady boulevard, have been swept away in the flood of specialized and incompatible languages used by a growing number of so-called experts.

Architect Christopher Alexander writes about this problem in A Pattern Language. He writes that "towns and buildings will not be able to come alive, unless they are made by all people in society, and unless these people share a common pattern language, within which to make these buildings..." Without such a common language, we are destined to build more sterile office buildings, homogenous housing tracts, and unsightly strip malls.

Given the roadblocks presented above, what can be done? Since the real problem is the loss of a common language for development that most of us understand, agree with, and support, we need to recapture that language. We need to develop a shared vocabulary for design and construction that can guide future physical development. To do this, we first need to look around our cities, suburbs, and towns and ask three questions:

For example, in the Midwest, many people encountered there by this author lauded the numerous small towns with their mixed-use town centers. In Ohio, from Lodi to Hudson, these people knew town centers, with their mix of uses, defined public greens, storefront windows, detailed architecture, and increased density can work exceedingly well.

Identifying and respecting the language of design is one of the first steps to including aesthetics in architectural practice. Creating the "words" that comprise this language of design is a challenging task. These "words" (which have been called patterns, principles, guidelines, etc.) can be specific (like Visible Entries) or they can be more general and address issues of form (i.e., scale, proportion, symmetry, asymmetry, light and shadow, texture, and color), order (i.e., axis, hierarchy, repetition, and rhythm), and meaning (i.e., symbolism and metaphor). 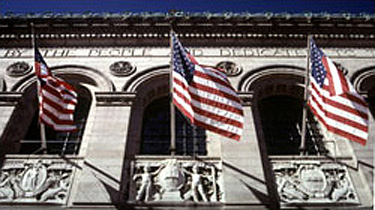 A façade with a rich and poetic design language.

Attractive architecture can also emerge from using the language of design that responds to the complex requirements of today's environment. Rather than see these requirements as burdens, architects can view them as aesthetic opportunities. For instance, sustainable design may lead to buildings designed to maximize energy conservation through the use of larger windows and more appropriate landscaping, which will contribute to an improved aesthetic. Likewise, durable designs will likely incorporate materials that have an inherent beauty, from brick facing to tile roofs. And safe designs that incorporate elements like stoops and porches that allow for more "eyes on the street" will likely be more attractive than fortress buildings.

How can a diverse community define and come to agreement on the principles or "words" required to make up this shared aesthetic language? One approach is to begin with a charrette where the community joins the design team in a collaborative process geared towards developing design principles, analysis documents, and schematic solutions. As part of a charrette, or as a stand-alone exercise, designers can conduct a Visual Preference Survey. The concept, developed by Anton Nelessen, is straightforward: simply take pictures of the existing built environment in your neighborhood or city and arrange them in a sequence so that community members can 1) rate the images and 2) develop appropriate design principles. Also, by considering the constraints of modern development as opportunities, architects can leverage the special requirements of today's owners into more aesthetic design responses that consider the building as a whole rather than a set of isolated systems. The concept of integrated design considers the totality of the building and requires a collaborative design effort. When aesthetics are considered an integral part of the design effort rather than a mere wrapper, the building and its occupants benefit. 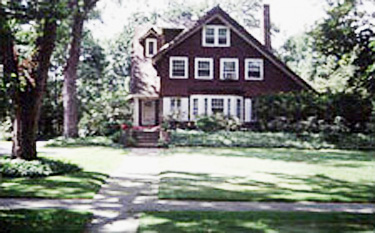 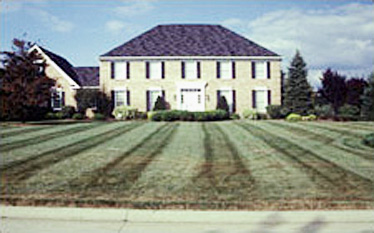 A Visual Preference Survey: Rate each image on a scale of +10 to -10. A safe bet would be to say that nearly everyone would rate the image on the left higher than the image on the right. Why? Good design: a sheltering roof, defined walkways, front steps, and trees to name just four elements.

Communities that have decided to address aesthetics challenges have instituted a number of processes that have allowed them to exercise control over the look of new buildings. For example, many municipalities have formed Design Review Committees that analyze design projects, make suggested improvements, and offer recommendations for rejection or approval to the community's Planning Commission. Some jurisdictions have revised outdated zoning codes and/or rezoned single use areas as mixed-use, to encourage good architecture and engaging development patterns. Likewise, Homeowners' Associations perform a similar function in planned communities. Additionally, many communities have published guidelines that the design team must follow. These guidelines may address issues as diverse as the placement of buildings on a site, the location of entries, and even the permissible colors. On military installations, numerous guidelines influence the design process and address issues such as architectural compatibility, sustainable design, and force protection. Some states have even set up elaborate peer and community review processes. For instance, the California Environmental Quality Act (CEQA) requires that an Environmental Impact Report (EIR) be completed on all large projects. As part of the EIR, independent consultants review the aesthetic impact of the proposed design.