Visitability, a movement started by Eleanor Smith and her Atlanta-based organization, Concrete Change, in 1987, refers to an affordable, sustainable, and inclusive design approach for integrating a few core accessibility features as a routine construction practice into all newly built homes. These features allow the home to be visited by relatives, friends, and others who may have disabilities, accommodate short term occupancy by people with disabilities, and facilitate additional adaptations that may be needed by an individual.

It is focused exclusively on single-family homes, which comprise more than 70 percent of the nation's housing stock and are typically not covered by other federal laws (e.g., Architectural Barriers Act of 1968, Section 504 of the Rehabilitation Act of 1973, and the Fair Housing Act of 1988). 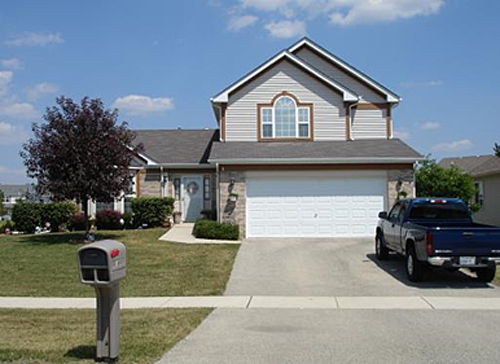 Visitable home in Bolingbrook, Illinois. The home includes a stepless entrance, which is possible in a cold weather climate, has wider doorways and hallways, and a half bathroom on the main floor.
Photo courtesy of IDEA Center

Visitability advocates consider these features the most essential to enable a person with mobility impairments to visit or live in a home, at least temporarily. The three core visitability features include: 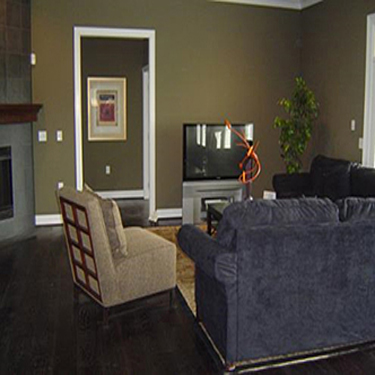 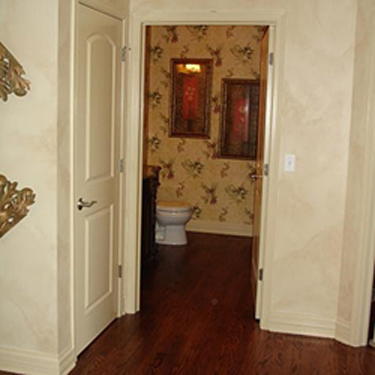 Throughout the ground floor, doorways and hallways provide more clear space and maneuverability.
Photo courtesy of the IDEA Center

A half-bath on a ground floor.
Photo courtesy of the IDEA Center

Many visitability initiatives also include the following features:

The ICC ANSI A117.1 standard includes criteria for a Type C (Visitable) Dwelling Unit that detail how these features can be implemented. 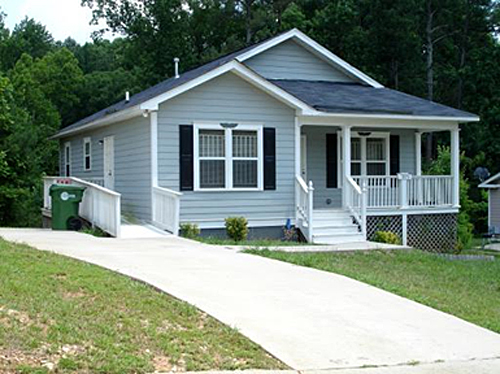 One of the approximately 800 visitable Habitat for Humanity houses in Atlanta, Georgia. The home has a stepless entrance from the side of the house, wider doorways and hallways, and a half bathroom on the ground floor.
Photo courtesy of IDEA Center

Many states and jurisdictions have passed visitability laws that require the inclusion of visitable design features. Visitability laws primarily apply to publically funded projects; however, in some jurisdictions, such as Pima County, Arizona, the Village of Bolingbrook, Illinois  and in the State of Vermont , coverage is extended to privately funded homes. Other jurisdictions require builders of new production homes to provide visitable features at the request of the home buyer regardless of funding. For example, the Maryland Visitability Law  requires builders of new single-family homes in subdivisions of 11 or more units to offer visitability features as an option for purchase. Although visitability requirements vary among states and jurisdictions, most require at least one zero-step entry, a bathroom on the entry level, wider doors and hallways, reinforced walls for grab bar installation, and reachable light switches and electrical outlets. Some states and jurisdictions encourage, rather than require, visitability features through the use of tax credits, fee incentives, and voluntary compliance programs. For example, the State of Georgia offers tax credits for providing visitability features in both existing and new single-family homes.

A bill was introduced in Congress—the Inclusive Home Design Act—that would increase the supply of visitable houses throughout the country. Representative Jan Schakowsky (D-IL) first introduced the bill in 2003. It was later reintroduced in 2013, 2015, 2018, 2019, and then most recently as H.R. 4695 — The Eleanor Smith Inclusive Home Design Act in 2021. The legislation would cover all single-family homes that receive assistance from the federal government, including construction funding and tax credits. It would require that single-family homes using federal financial assistance be constructed with at least one zero-step entrance, 32 inches of clear passage space for all interior passage doors on the main floor, and an accessible bathroom with at least a toilet and sink on the main level. The bill was referred to the House Committee on Financial Services in July 2021. 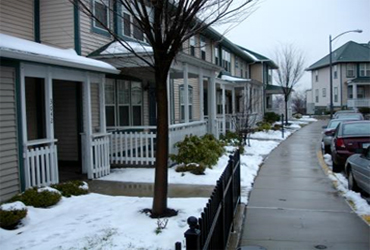 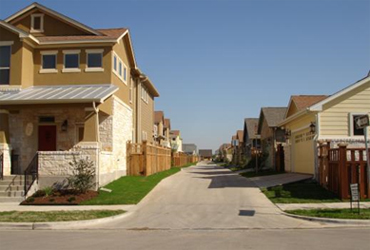 Accessible housing in a Hope VI housing project at Oak Hill in Pittsburgh, Pennsylvania. The photo illustrates that zero-step entrances are still feasible in snowy climates.

The alley provides these Austin, Texas homes with a zero-step entrance through the garage.
Photo courtesy of IDEA Center

Studies have shown that the additional cost of providing many accessible features in new construction is minimal when compared to adding accessible features during alterations to existing construction. Features and systems that contribute to greater usability in the future should be integrated into the design at the onset of the project.

Design and analysis tools can be used during the design process to evaluate the benefits of providing accessible design features and products. See also WBDG Life-Cycle Cost Analysis (LCCA) and Best Practices for Accessibility Compliance. 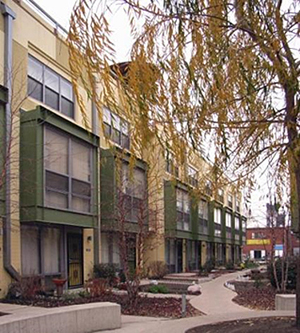 As the examples above demonstrate, in a low density suburban or rural context, providing a no-step entry is relatively easy, often possible without the use of a ramp. However, in higher density urban environments and, in particular, in townhouse developments and infill sites, providing a no step entry requires careful planning of the lot and the block as well as the house itself. Steinfeld and White (2010) demonstrated the importance of urban design in the implementation of visitability and how urban homes can be designed to fit into urban neighborhoods gracefully using a wide variety of traditional housing forms, e.g. raised porches, row homes, and stacked flats.

As the visitability movement moves forward, old and young disability advocates, design and planning professionals, homebuilders, and homebuyers must become engaged in the movement to increase adoption. Supporters must continue to draw awareness by attracting media outlets, influential leaders, and policymakers to the cause. Advertising and social marketing campaigns could be very influential in encouraging the implementation of visitability from both the demand and supply sides. From educating homeowners and builders to drafting new legislation, the approach supporters choose may vary, but the opportunities for involvement are legion.